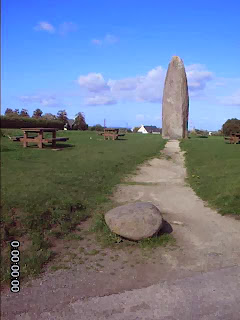 The Great Stone of Dol, a thirty foot tall fertility symbol, there since pre-Roman times and dedicated to the god, Saturn, had two small oval stones at its base. In 1093 Geoffrey Boterel was Count of Penthievre in Brittany living at Dol near the Great Stone. His brother, Alan Niger, had become Earl of Richmond in England. so they saw little of each other - just as well, since they'd been at loggerheads since childhood. Alan was actually nearby visiting his cousin, another Alan. These two decided to tweak Geoffrey's nose and steal one of the stones, thus insulting the god’s maleness. But what should have been a relatively harmless prank turned nasty.

An alarmed retainer burst in on the Count to warn him soldiers were coming. It took time to arm Geoffrey's men and, by the time the Dol party got there, the attacking squad had achieved its purpose.  With the stone being slowly borne away, the Alans now had to turn and fight.   Geoffrey Boterel reached his brother first, and attacked.   Alan Niger had had not thought of inflicting real damage, but had to defend against his brother’s fury.  In turn, he lost his temper.  What should have been an equal match was hampered by Geoffrey’s rheumatism.

A flailing haymaker sweep was countered by a chop stroke from Alan to Geoffrey’s elbow.   “Disarmed, eh, Geoffrey?”   The Earl chortled at his own joke but then the squad had to turn tail, dropping the stone, as Geoffrey’s men swarmed forward to defend their stricken Lord.    It proved impossible to haul their now unconscious Lord from his horse, so they led it back to the castle, a blood trail showing the way.  The Count survived another three weeks until 24th August 1093 – and the stone was left where it lay. 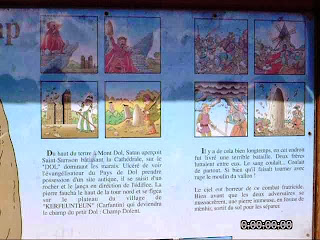 It's still there, and you can read about it on the notice board
﻿
﻿
Posted by John Bottrill at 17:49 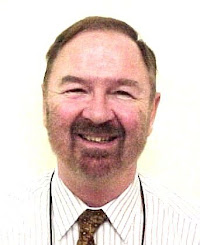